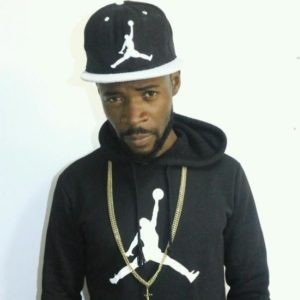 Sebastino Sarkozy Infrapa aka Infrapa is a Congolese rapper from Lubumbashi. His energetic shows, stage presence and style make him a rapper unlike any other.

Already well-known in the region, his popularity exploded in 2016 thanks to his single “Kisensela”. And that was only the beginning, as success followed success.

Although he’s now in the big leagues, he remains true to himself and continues to mix his rap with the traditional music from Katanga, creating his original sound which he calls “rap Karindula”. This traditional musical style with its frenzied and bewitching folk sounds is rejuvenated by Infrapa’s handcrafted instruments and drums!

His music is engaging and his lyrics compliment this; clearly geared towards social themes, the king of Lubumbashi adds a comical dimension. Although the things he is speaking out against are not always palatable, especially when it comes to politics, he has found that by using humor and caricature he can easily avoid censorship and get his messages across. Messages which he transmits through art in the broadest sense, since he is also a painter.

For a return to the roots of Congolese music mixed with the modernity of rap, don’t miss Mr. Sebastino Sarkozy Infrapa on the main stage!