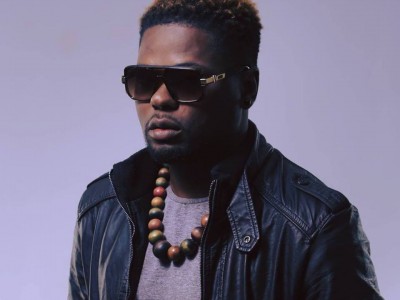 DJ SPILULU aka G’SPARK is a self-taught jack of all trades!

The son of a Congolese army officer, Mbolela Mukadi Guelord is a producer, sound engineer, jingle composer and DJ. He started making music at a young age as a rapper in Lubumbashi before moving to South Africa to study. There, he discovered house music and DJing. After mixing songs for other artists, he decided, in 2008, to write his own songs. He met with immediate success, which opened the doors of the South African music scene to him.

Building on this experience, he returned to Lubumbashi in 2010 to continue his artistic development and offer his experience and knowledge to youths in the area. He quickly established a reputation for himself as a leader in the musical genre, collaborating with local artists and seeing his music played in all the local nightclubs. It is then that he decided to adopt his stage names: G Sparks (for the South Africans), DJ Spilulu (for the Congolese).

In 2011, his career took an important turn as he returned to Johannesburg and released his first album, “EP”, an instant hit. Alternating banging house music with traditional beats, he masterfully mixes sounds together to breathe new life into both urban music and afro-house.

Since then, all of southern Africa has been singing and dancing to Spilulu’s music.