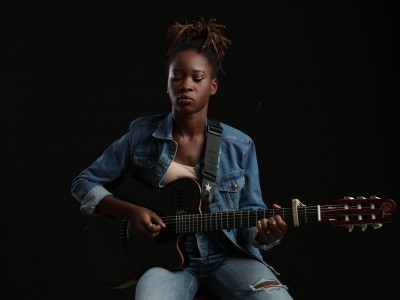 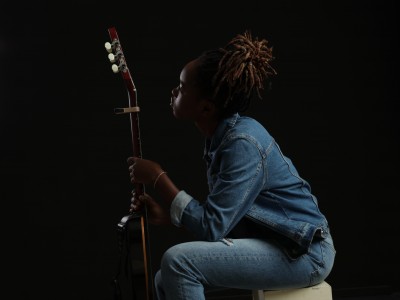 Céline Banza is a young Congolese artist, born in Kinshasa in 1997. Independent and versatile, she has several strings to her bow: singer, video maker and actress.

It is thanks to all her talents that she played her own role in the short film Tamuzi, by choreographer-dancer Faustin Lyniekula in Kisangani, at the age of only 20. It was already with him that she took her first steps as a choir singer and realized that singing was more than her passion, that it was her means of expression.

In 2017, she took part in the program The Voice Afrique Francophone, which confirmed her choice to live her art. In the process, she created her own group, Banza Musik, with which she tried her hand at rap and different styles of music.

Then events followed for Céline Banza who took part in Jazz Kif in different big cities of the country and then in the African Music Forum at the Institut Français in Kinshasa where she represented the Democratic Republic of Congo. Her performance was noticed and the compliments kept pouring in.

Then, at the end of 2019, the young woman won the Prix Découvertes RFI 2019, a prize designed to promote young African music talents. Following in the footsteps of artists who have become icons of African music such as Tiken Jah Fakoly, Rokia Traoré and Amadou & Mariam.

With this award from RFI, nothing can stop Céline Banza, who has just signed to the Bomaye Musik label, managed in particular by Youssoupha. She is currently finishing the recording of her first album, due for release in the first half of 2020.