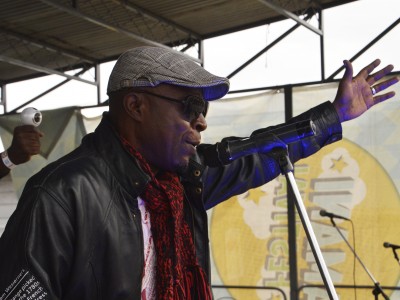 At 56, Brado Chant is one of the oldest musicians in Goma. He has toured the African Great Lakes countries several times to promote the peaceful cohabitation of people in the region. Brado Chant defines himself as a singer without borders. He is also known as "Old Rossignol" (“old nightingale”) due to his beautiful singing voice, Brado Chant began his musical career in 1977 and currently has more than 50 titles to his credit. His music is a mix of rumba, salsa, and folk.