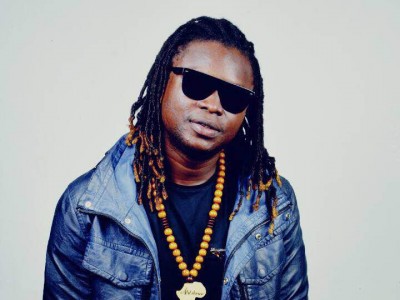 Born in 1986 in Kinshasa, Amouly Sabiti Thierry, aka “ALITSHEUR” is a musician, singer and songwriter.

His passion for music started at the tender age of 11, under the influence of the Kinshasa neighborhood of Bandalungwa, home of many well-known artists and bands such as the great WENGE MUSICA, the singer REDDY AMISI etc.

His musical career really started to take shape once he met the person he considers to be his teacher and mentor, the man he calls “SIEGE YA MASOLO”, who he spent 4 years with before beginning his professional music career in earnest as a member of musician BILL CLITON KALONJI’s group “Les Samouraïs”. 4 years later, Alitsheur decided to take flight and create the group BAGARRE D’INSPIRATION, with the help of his friend DANNY KULE. Later, thanks to a YouTube video, he was discovered by the great KOFFI OLOMIDE with who he then worked for 5 years before deciding to pursue a solo career by creating his own group called L’ECOLES DES ARTISTES.