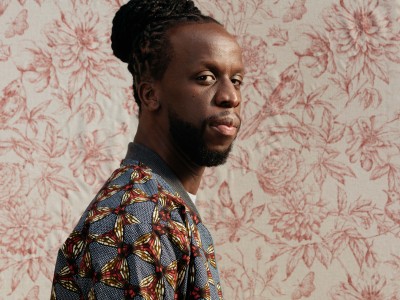 Over the course of a few years, Youssoupha has emerged as one of the pillars of French Rap music!

His life definitely took a turn in 2013, his last two albums have been met with huge success, he has toured the world’s most famous concert halls, and received a slew of awards.

Although originally from the DRC, he moved the Abidjan with his family to go green, and take advantage of a new creative atmosphere, and fresh influences. He has also been dedicating his time to his label, “Bomayé Musik” and producing albums for other artists. In search of new experiences, he became a judge on The Voice Africa, exposing himself to a new artistic community and introducing himself to millions of spectators across the continent.

Success could have gone to his head, but Youssoupha knows where he came from and hasn’t forgotten the hardships he went through before he became successful. He applied his boundless energy to the production of his 5th album. Decidedly different from its predecessors, “Polaroid Experience” deals with important and intimate themes, nostalgia, and at times borders on introspection. Its melodies are warm and upbeat, clearly influenced by African sounds. With this album, Youssoupha shows us a more intimate side of himself, and takes us back to his roots.

Amani is thrilled to welcome the Kinshasa native to this year’s festival!