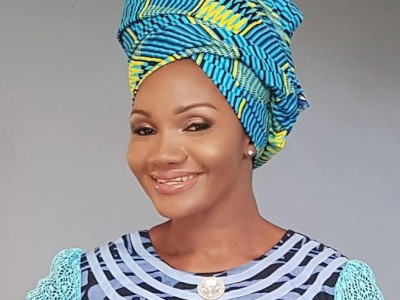 An accomplished artist, who has already released several albums, she advocates for a personal and cultural revolution, nurturing new destinies and bringing about the development of her country. Through her lyrics, she showcases Cameroon’s cultural diversity and calls for national unity.

From a young age, she was exposed to cosmopolitanism. Her neighborhood in Yaoundé has always been a melting pot and she quickly realized that diversity is wealth and that being open minded and multilingual were assets. Also, at a young age, she immersed herself in the different soundscapes of the various ethnicities. This blend of personalities and cultures continued into her adulthood as she developed her passion for travelling and meeting new people. Travelling within her own country at first, discovering its infinite riches, and then to the rest of the world.

On the international scene, she goes from strength to strength: the “Jeux de la Francophonie” in Lebanon, the “Visas pour la creation” program organized by Culturesfrance, the current French Institute, and was a finalist in RFI’s Discovery Award. Dozens of shows in Africa, Europe and the USA have given her the opportunity to share the stage with well-known artists such as the talented Dobet Gnahore.