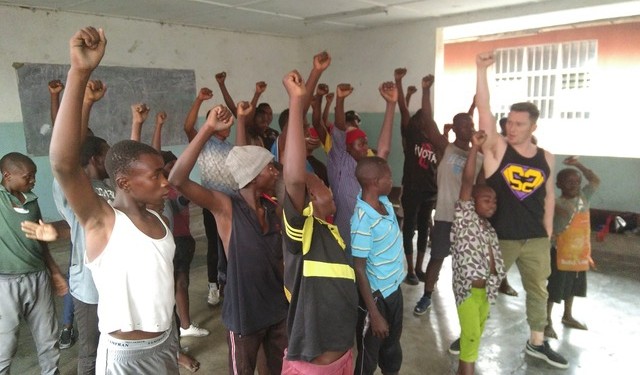 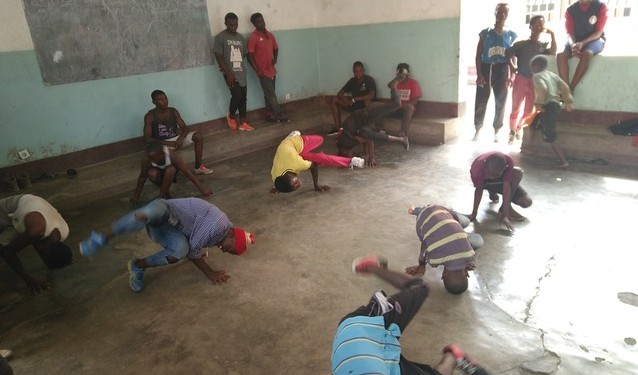 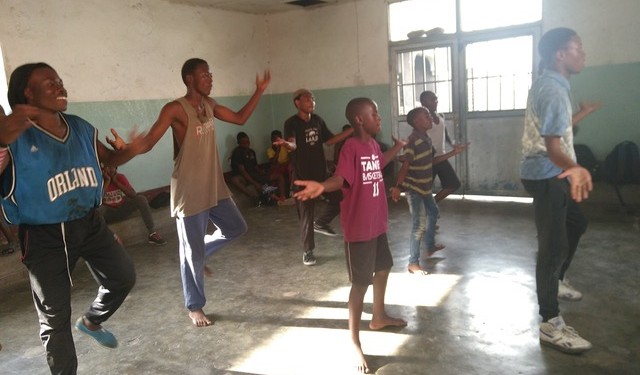 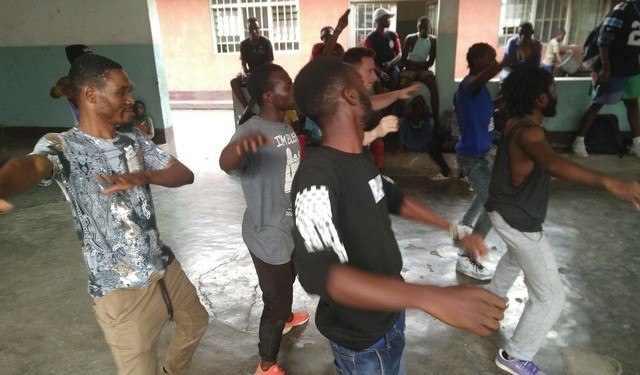 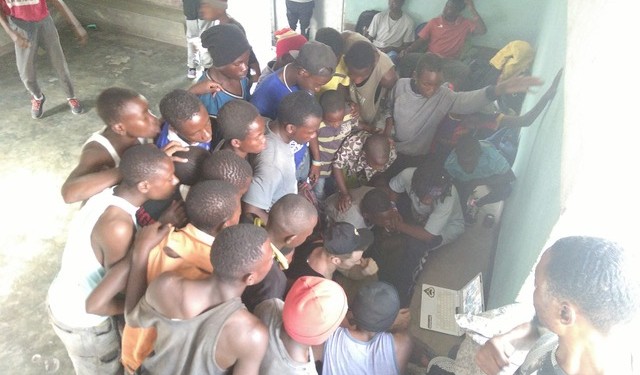 “When dancing, we are all the same”Published on 15 February 2019

Goma’s Rinha Crew dances with street children at the youth centre Don Bosco in their project Vijana Up. Together with Milan Emmanual from Belgium they create a space for the children to find their own super powers.

The practice is in full progress at the youth centre Don Bosco. Milan Emmanuel, a muscular dancer from Belgium is instructing about 30 boys in their choreography. Faraja Batumike, head of the Rinha Crew teaches them the ‘Baby Freeze’, a B-Boys element, in which your body is balanced horizontally simply on your hands - for as long as you manage. Some of the youngsters have no shoes and worn clothes, but their energy and focus is stratling.

With their project Vijana Up, the Rinha Crew engages children on a weekly basis in dancing lessons, either at the youth centre, or in other places around Goma. “Dancing gives them a perspective”, argues Benjamin, who is part of the Rinha Crew. “We hope to give them a future which is better than their life on the street”. Benjamin points out two of the boys, and explains that they won awards in some of the dancing competitions that were held in Goma. “It was difficult to engage with these children at the beginning”, he admits and adds: “When you dance, you have to respect your partner. Dancing is a sociable thing. And it needs a lot of discipline.” Some of the boys in the background make a handstand, walk on their hands, fall down on the hard concrete, but try it again, and again.

Respect and discipline are only some out of the many things that the project offers the kids. Dani, one of the boys who won an award in a local dancing competition is very humble when he explains, that he especially appreciates the project, as he was given shoes. Even though Faraja and his collegues do not have the means to support the children with school fees and a lot of other pressing needs, they help out in small things whenever it is possible. Apart from that, they also give them personal support and talk with the boys, if someone has a problem at home, for example.

Nothing more than your body

Milan is a dancer since 20 years, and he is the perfect man to engage with the young boys at Don Bosco. He had a B-Boy career, but at one point started to work together with choreographers in contemporary arts. When he built his own company No Way Back, his aim was to bring the theatre to the street, and the street to the theatre. In his own performances on the street he is Super Showman, a character with the super power of making people find their own super powers. He usually picks out people from the audience and makes them dance for their own joy and the joy of the onlookers.

Even though the boys at the youth centre posess near to nothing, for dancing they only need their own body, and nothing more. Milan thinks that people can affirm themselves and recreate their personality through dancing: “Because when you dance, you have to show yourself, you have to take a position.” This is what makes a difference for these children, who live in very difficult circumstances, he explains. After another round of the choreography is through, Milan asks, “What time is it?” and the kids answer in unison: “It’s showtime!”

Creating a space for equality

It is very important for the Rinha Crew to work both with children who live in Goma’s streets and with children who live in rather normal circumstances. “When they dance, you find a way to connect with them. Because when dancing, we are all the same.” Faraja explains that dancing offers a platform for street children and other children to connect on an equal basis. There is no difference in status, when it comes to dancing. Israel, one of the boys at the youth centre says: “When I see Faraja and the crew, I want to be like them, I also want to become a dancer.” Yet, if someone is not talented or inspired by dancing, the Vijana Up project also offers courses in beatboxing, graffiti or DJing.

You will be able to see the energetic dance of the kids from Vijana Up on Saturday on the Mini-Stage.